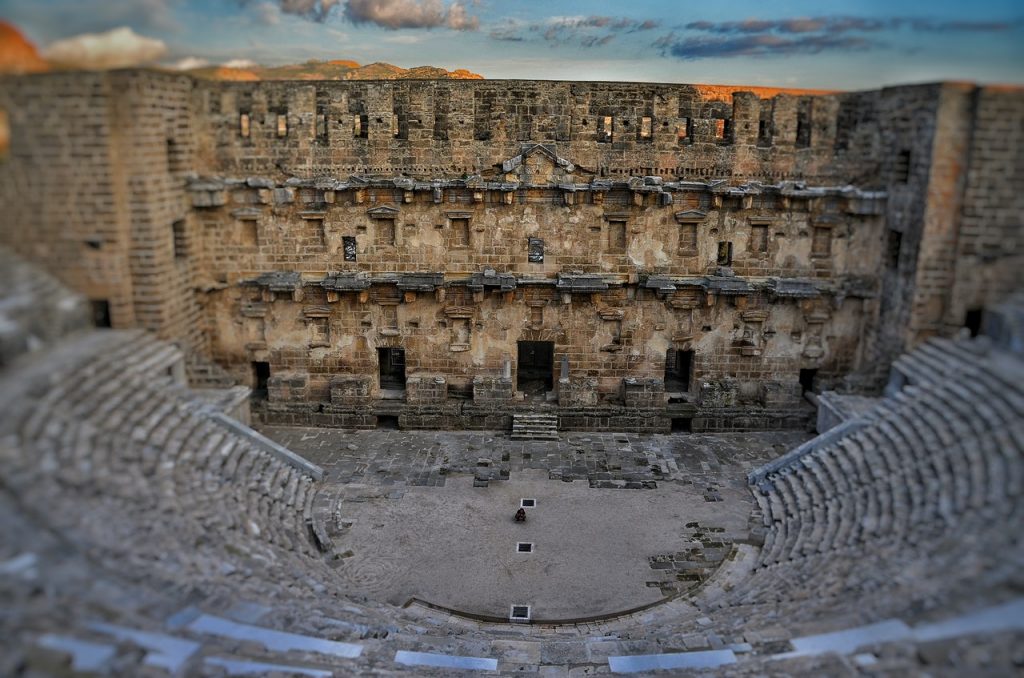 Today there are several different types of stages for all types of venues. Many of these configurations can be traced back to the early days of how the performance space was utilized.  Though many configurations are the same today, we want to explore how this space has changed over the years.

So, how did we get here? Where did all this start? In this post, we’re going to travel back in time to look at the history of performance staging from Greece, how we arrived at where we are today, and how this all affects you.

According to Encyclopedia Britannica, the oldest places for “theatrical performances” are found in four Minoan palaces on the island of Crete. The oldest of these is estimated to have been built around 2000 BC. These were open air spaces that were built of stone and had a rectangular stage.

Some of our modern theatre design principles can be traced back to traditions that were established in Greece in the 6th century BC. This is where portable stages are believed to have been established as well. According the Roman writer Horace, Thespis developed theatre while traveling with a cart that he used as a portable stage. He would set up his stage in any open area where a crowd could gather. The 12th century encyclopedia, known as the Suda, indicates that the first theatre in Athens was built in the market square and used wooden stands for seating.

Before 497 BC, the theatre was moved from the market square to the southeast slope of the Acropolis. Here, wooden seating benches were built around the stage giving it a thrust theatre configuration. 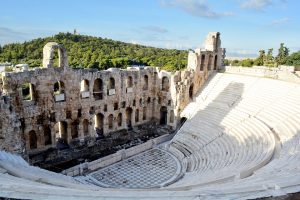 Around 440 BC, Athens built the first recorded indoor theatre. It was a square building with seating on all 4 walls, with the performance area in the center, similar to a black box theatre.

During the Hellenistic period, starting in 323 BC, Greek cities would compete with the building of their theatres. This is when the raised stage and scene building underwent drastic changes. The skene was usually two stories tall with the raised stage projecting out from its first story about 10 feet above the orchestra.

The beginning of theatre in Rome is considered to have started in 240 BC after they encountered Greek theatre design as they were conquering Greek colonies in Southern Italy. In Rome, theatre structures were build out of wood for specific festivals. After the event was over, the entire structure was taken down.

The first stone theatre was built in Rome in 55 BC. This was the Theatre of Pompey and it became the model for Roman-built open-air theatres. It used arched substructures that allowed the audience members to access halls below the seating that opened into the seating area. 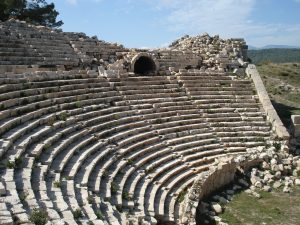 Later on, they used hillsides to reduce the costs of having to build substructures.

The raised stage was only around 3 feet high, significantly lower than the theatres in Greece.

Through the 4th century, just about every city had a theatre. So many of them were being built that only colonies of north central Africa and northern Europe didn’t have new theatres, according to Encyclopedia Britannica.

As the political stability of the Roman Empire deteriorated, many of these theatres were abandoned.

Not much is known about performance staging from the 6th through 10th century. But by the end of the 12th century, portable performance spaces were being used in spaces like halls, churches, and even the ruins of Roman amphitheaters. These spaces were very similar to the flexible theatres that we have today.

Towards the end of the Middle Ages, around the year 1400, portable theatres were also being built in market squares.

Permanent, purpose-built theatres were first introduced in Ferrara in 1531 and in Rome in 1545. They were soon built all across Europe. 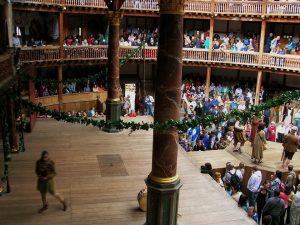 During the 19th century, wooden stages were most common in theatres because they allowed for special effects like trap doors and elevators.

When electricity came about, the stage was able to be illuminated which turned theatre into an observation rather than just a social event. Both of these technological advances increased the complexity that was available for performances.

Many of the same requirements exist today but with the need to be more flexible and adapt to an ever changing audience.  The new technologies, greater stage flexibility and changing tastes of today patrons are driving the need for new equipment and resources to meet the demands.  Thinking through today’s and tomorrow’s events and getting the correct gear will put your facility in the position to be written about in the next century.

As we look back on how we arrived here, it’s important to remember the origins of these theatres, and more importantly, the use of the spaces themselves. Theater venues and staged events have changed a lot along the way.   They are much more audience-friendly, with improved seating risers and better sight line considerations.

Advances in technology allow for the creation of better equipment, especially when it comes to flexibility. This means that we are able to do more with less. It will also make life easier for crews, performers, and guests. As the basic principles of stage and theatre design and function remain the same, we need to remember to always keep on improving to meet the desires of the customers.

Check out the stage extensions that we designed to match the San Francisco Jazz Center’s built-in stage. 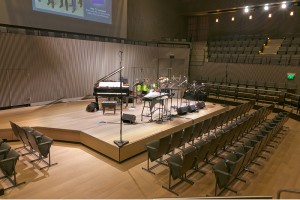 Get tips to make your events better. Subscribe here: 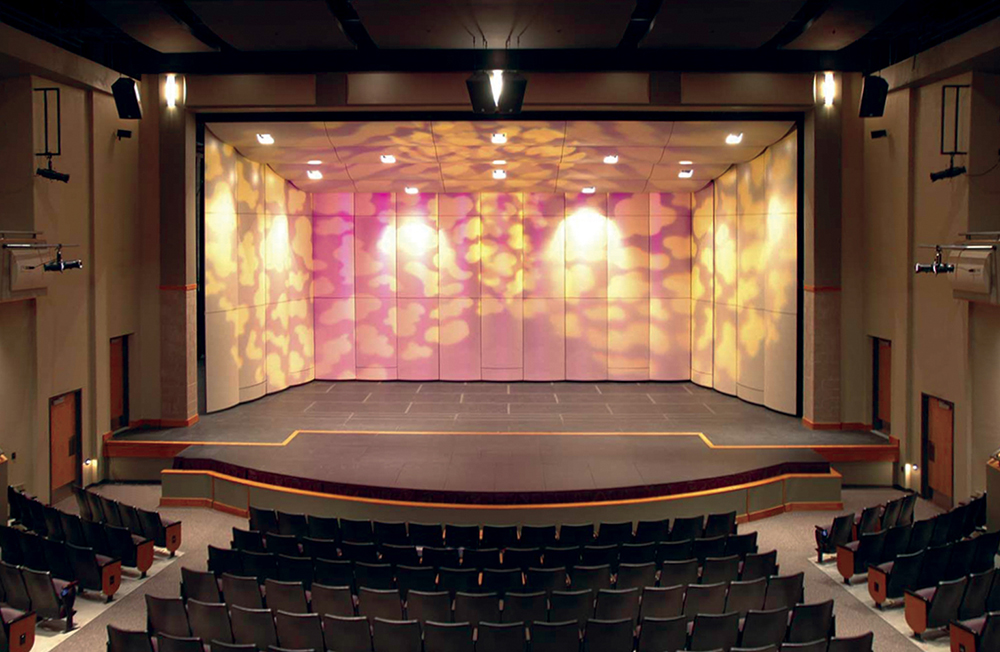 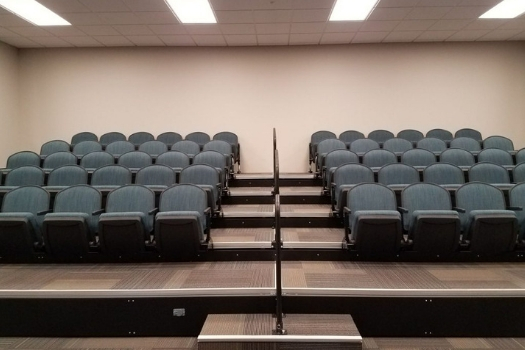 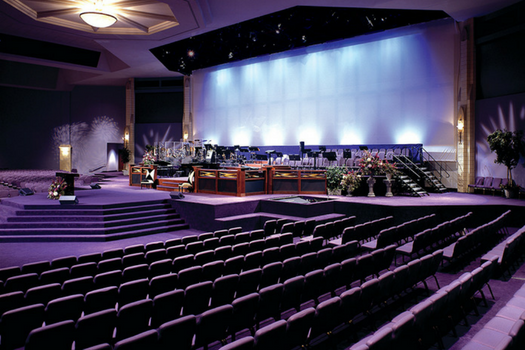